The tunnel is an old symbol for a passage. On photographs they also make good models: Symmetry, interesting shape, often intriguing details.

I love this one in particular. It always reminds me of the fact that even if you do not see the exit and it looks like a dead end, there are plenty of exits to this tunnel – always. Why would there be a tunnel?

Feel free to use this picture in your presentations or any other work which is not for sale. …it is a matter of time and environment. 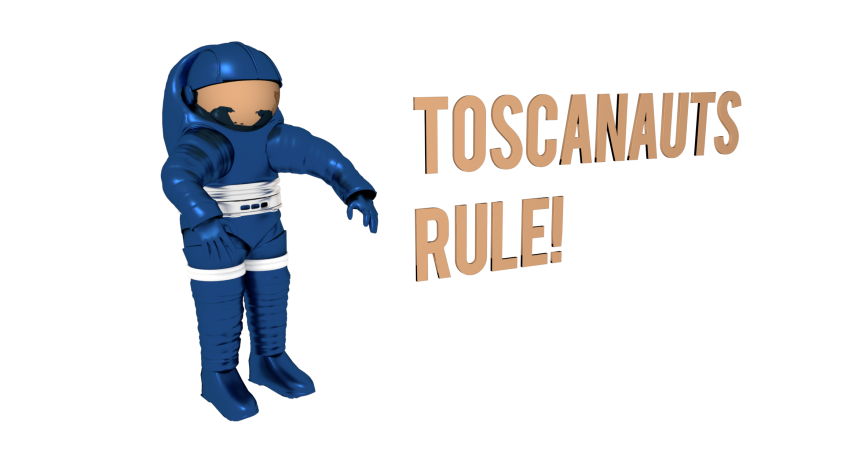 I was working on a project and went through my links, when I found the link to the NASA 3D models again. When I was home, I powered on the good old Blender 3D and imported the MK3 spacesuit.

You might wonder what a Toscanaut is: This is what you call users of Tricentis Tosca Testsuite. I like the idea. And I am glad I get to work by public transport and do not have to use a rocket (or space shuttle).

When I saw Sabeena’s alphabet the first time, I instantly fell in love with the forms and colors. I was wondering if I could recreate the same feeling using Blender.

I tried first using only things I can find in Blender and ended up with techno-tourette.

So I decided to start up my old friend inkscape and scanned some curves off the original design of the letter U. I imported the curves back into Blender and extruded them. In order to get the feeling for the paper right, I added a solidify and a subsurf modifier to the whole thing, chose some colors and there you go.

I did not use a texture, but chose a subsurf modifier in addition to the BSDF.

Lesson learned: When you want to recreate complex paper foldings, it might be a good idea to use inkscape for the curves. 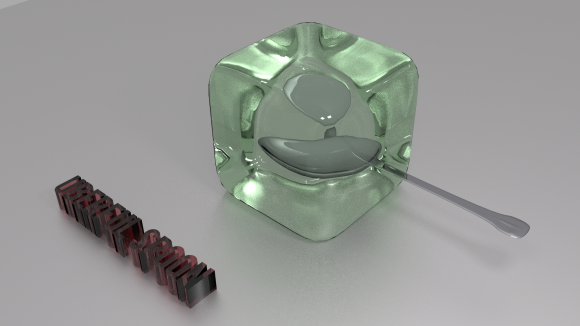 I was always very fond of the Menger sponge. I built my level 4 sponge manually, not by using a recursive script. You can find a Python script for blender here. Here you will find some renders. I started with a simple lighting, did some reflection afterwards and finally changed the material to glass. Finally I changed the lighting to a two colored one and moved the camera inside. You can play yourself – take the blend file from here (nearly 2,5e6 triangles, 113 MB).

Concerning the headline: The Menger sponge is a strange thing. When the level goes towards infinite, the area does too but the volume goes towards 0.  Tip on the side: Do not try to imagine this sponge 😉

Made this one to remember that I should drink more water. What do you think?

This one gives you an interesting idea on learning. Use it as a wallpaper and enjoy. The funny thing is that even kids understand the meaning. But do they grasp the concept?

I was looking for the origin of the quote “Failure is not an option.”. You find some interesting sources. I still do not know if the source I found is the right one.

I really love the spirit in this quote. And the fact that the origin lies within someone from the Apollo 13 project makes it even more interesting.

All of you who have been to Miniaturwunderland in Hamburg know the little details. One of my favorites was mashed up into a wallpaper. I even created a diver icon for the cows!